Low T? Get Some Vitamin D!

Many men, especially as they are heading towards middle age, are getting their blood testosterone levels checked. This is a rational idea, as the amount of testosterone men produce decreases as they age and can drop to a level that can affect sex drive, erectile function, muscle mass, mood, and bone density. Knowledge is power, so having this information can assist you in determining the right course of action if it’s low.

Lifestyle choices that can enhance the production of testosterone are cheap and easy to implement. These include:

One thing that rarely is discussed, however, is the connection between testosterone and vitamin D. According to recent studies, over 42% of the overall U.S. population is deficient in vitamin D, with the African-American population being at the greatest risk at 82%. Researchers have found vitamin D receptors on practically all our cells, which makes it vital to our health, especially for cardiovascular health, immune function, bone density, and sexual health.

Here’s where testosterone comes in. It appears that vitamin D has a direct regulatory effect on the production of testosterone. Testosterone is produced in the males’ testes. Studies have shown that if you are deficient in vitamin D your testes have a tough time responding to hormonal signals to make enough testosterone. Researchers in Denmark cultured testicular cells, then exposed some of them to vitamin D. The cells with vitamin D produced significantly more testosterone than cells that did not get vitamin D.

Another study found no correlation between vitamin D and testosterone, but the researchers did not look at vitamin D deficiency, they just put men on vitamin D supplementation weekly. However, they did find improved insulin health in these men, which is related to obesity, blood pressure, and blood sugar.

The vitamin D-hormone connection doesn’t stop with testosterone in men. Research shows that a deficiency in vitamin D in women also correlates with hormone imbalances. When a vitamin D deficiency was found in women, lower levels of estrogen and testosterone were also seen. Luckily, this can be supported with vitamin D supplementation.

However, getting enough vitamin D can be a challenge. The easiest way to increase vitamin D blood levels, since we can make our own vitamin D in the skin from sun exposure, is to get about 15 minutes of sunshine on the majority of your skin on a daily basis. However, most of us don’t do this, and if we do go out in the sun we slather on sunscreen and block the ability of our skin to absorb the sun’s UV rays, which is needed for our bodies to create vitamin D. It is also nearly impossible for this to happen in the winter months.

So, in addition to the lifestyle choices mentioned above, getting your blood checked for vitamin D is a great idea. If it is low (even if it’s low-normal) the best way to ensure your level rises well into the normal range is with supplementation. The problem with vitamin D supplementation is that most people have no idea what they should take, and how much. The recommended daily vitamin D is woefully low and is based on keeping you from developing rickets, not optimizing your overall vitamin D function and the various organ systems in the body that rely on enough vitamin D. A good way to increase your vitamin D levels is by taking 125 micrograms (5,000 IU) of vitamin D3 daily. Your healthcare practitioner might advise taking more than that, based on your individual needs. but I have found that this amount will reliably increase vitamin D blood levels, especially when a liposomal vitamin D product is taken. In a recent study we found a significantly greater response to liposomal vitamin D than a non-liposomal product. Fifteen people had their blood level checked, then were supplemented for 30 days with a liposomal or non-liposomal vitamin D. Supplementation with liposomal D resulted in at least a 46% greater blood level in the overall group, compared to non-liposomal D. When we compared people who were deficient at baseline, there was an even greater increase in the liposomal supplementation group.

The Iron Connection
One more thing – men who have low testosterone often also have iron-deficiency anemia, which can affect your red blood cells’ ability to carry oxygen. This can make you feel sluggish, tired, and possibly short of breath. This is due to testosterone’s effect on an iron-regulatory peptide called hepcidin. Anemia of this type can be corrected by increasing testosterone. You can boost this process by taking an iron supplement as well. The conventional wisdom has been that adult men do not need to supplement with iron; however, this is an exception to that rule. Taking a supplement with 14-18 mg of iron is safe and I have seen a liposomal iron supplement quickly increase iron blood levels, usually within 30 days.

Get your testosterone checked, especially if you have any issues with fatigue, sex drive, moodiness, erectile function, loss of lean muscle, or obesity.
Check your vitamin D level, because vitamin D is vital to good health.
Get your iron and red blood cells checked, too.
If you’re not already doing so, exercise regularly, eat better, get enough sleep, and lay off the beer.
Supplement with liposomal vitamin D (125 mcg – 5,000 IU) daily to boost both your vitamin D and testosterone.
If needed, take a liposomal iron supplement (14-18 mg daily).

Stay in the Know with CELLg8®!

By joining our newsletter, you will receive the latest news and updates on CELLg8® technology, services, and products. Moreover, we provide insights about our own technological process, industry news, and upcoming blog content. We are devoted to providing our customers with the highest quality of liposomal supplements and ensure that we stay up-to-date with all the latest developments in the industry. Therefore, subscribing to our newsletter is a great way to get access to exclusive information as well. Sign up now and don't miss out on any of the exciting new developments at CELLg8®! 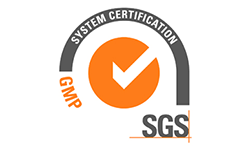 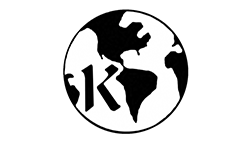